The College of Tao and Integral Health was founded during the 1920s in China by Yo San Ni, a Chinese physician and Taoist master, in order to provide a classical education for his son, Hua-Ching Ni, and other students.

In the mid-1970s, the College of Tao was brought to America by Hua-Ching Ni (now known in his retirement as Grand Master Ni or “OmNi”) and was established in Los Angeles, California. Its mission is to preserve and to promulgate the teachings of the Integral Way Taoist Tradition of China, as transmitted by the Ni Family to the Western world.

The College of Tao initially offered a program of studies in acupuncture and Chinese medicine. Later, it also offered self-study and correspondence courses in the Integral Way Tradition. However, in order to effectively convey the vast body of knowledge and practice of the Integral Way Tradition, it became necessary to develop specialized institutes, which focused on particular fields of studies. Some of these institutes became independent while others remained within the College of Tao.

As of 2017, the College of Tao & Integral Health consists of departments, institutes, and programs. The College offers educational and training programs in the Integral Way Taoist Tradition and Chinese Health for the public and for health professionals. Many of its programs are correspondence or distance-learning courses for self-paced learning while some are held onsite in Los Angeles and other parts of the United States.

The teaching of the Integral Way Tradition, as transmitted by the Ni Family, is based on the works of Hua-Ching Ni, a Taoist master, spiritual teacher, and physician of natural health who has preserved and distilled the spiritual and healing wisdom of the ancient East. Hua-Ching Ni’s dedication to uplifting the human spiritual condition has led him to write and publish over 100 books in English and Chinese. For information about these books, click here. 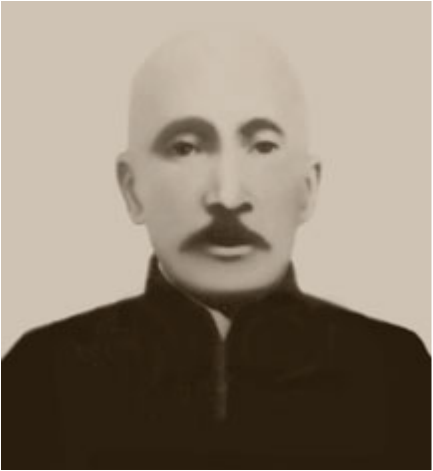 ​When Master Yo San Ni was born in China in 1879, the Ni family lineage had passed down a Taoist spiritual legacy and knowledge of Traditional Chinese Medicine for many generations. At the age of sixteen, Yo San went on a quest to rebuild his family's healing wisdom, as his father, a pediatrician, had perished in a fatal accident. Yo San sought out relatives, friends, and patients, but most of all, the spiritual leaders and masters of Taoism and Traditional Chinese Medicine who had fled political oppression and lived as hermits in the mountains. In his thirties, Yo San began practicing medicine and then founded The College of Tao and Traditional Chinese Healing which offered instruction for both academic and spiritual growth. 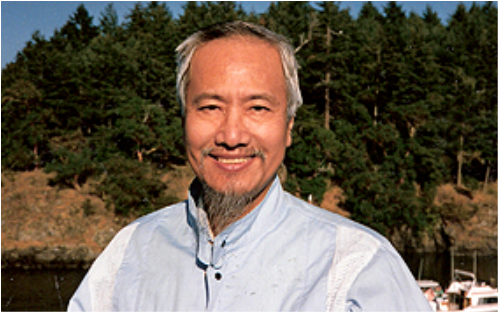 ​​Hua-Ching Ni (OmNi) has been teaching and practicing in the United States since he founded College of Tao 1976. OmNi is fully acknowledged and empowered as a true Master of Tao.  He is heir to the wisdom transmitted through an unbroken succession of 74 generations of masters dating back to the Han dynasty (206 BCE – 220 CE). He also belongs to the 38th generation of healers in the Ni family legacy.  As a young boy, he was educated within his family in the spiritual foundation of Tao, and trained in mainland China by Taoist masters in healing, T’ai Chi Ch’uan, Kung Fu, Internal Alchemy, Chinese Medicine and Herbology. Later, he studied for more than 31 years in the high mountains of China, fully achieving all aspects of Taoist science and metaphysics.

He brings the ancient wisdom (now known as the Integral Way) alive for us today by using modern language.  OmNi’s tireless passion to bring about a better world keeps him writing. His goal is to help people rebuild their natural, healthy energy and awaken their spiritual potential. He has written over 70 books in English and around 50 in Chinese. His books are full of treasures gleaned from his own experience and development.

Master Hua-Ching Ni (OmNi) is a spiritual teacher and physician of Traditional Chinese Medicine who has preserved and distilled the Taoist spiritual and healing wisdom of the ancient East. Son of Yo San Ni, Hua-Ching Ni was born in China in the early 1900s and studied at his father's College of Tao and Chinese Healing. At the age of sixteen, he set off to attain his own experiential education. Because of the rapid changes in war-torn China, Yo San Ni advised Hua-Ching to leave, and for twenty-seven years he lived in Taiwan teaching Traditional Chinese Medicine. With his wife and two sons, Daoshing and Maoshing Ni, he eventually moved to the United States. In 1976, College of Tao and Integral Health was established.  In 1989, Yo San University of Traditional Chinese Medicine was founded by the Ni Family in Los Angeles, California. The College of Tao's mission was to educate new teachers of the Ni family Taoist movement arts and spiritual tradition. Master Hua-Ching Ni published over 100 books in English and Chinese, travelled and taught extensively. In the year 2000, he retired as the Head Master of the Integral Way Taoist Tradition and now lives in China.

The College is organized into departments, institutes, and programs that offer instruction, certification, and degrees in the Ni Family movement arts, energy healing, Taoist studies, and Chinese medicine.

In its inception in the US in the mid 70s College of Tao was a medical school for acupuncture and Chinese medicine then in 1989 a sister school was founded called Yo San University of Traditional Chinese medicine to take over the medical education. Since then College of Tao has been able to focus on its mission to transmit the teachings and practices of the Integral Way Taoist Tradition, a stream of “original Taoism” that emphasizes the self-cultivation of the energy of our body, mind and spirit to attain health, happiness, longevity, and spiritual immortality.

Our programs such as the Taoist Mentorship Program, Sisters of the Heavenly Way, and Friends of the Integral Way offer opportunities for practice, involvement and commitment. We incorporate the foundational spiritual studies for students of Traditional Chinese Medicine.
College of Tao offers Tai Chi, meditation, energy healing training, and degrees up to doctorate level.